Andrew is an entrepreneurial strategist and deal-maker with a vision for developing and implementing successful long-term organizational visions. Prior to joining StreamLayer, Andrew served as Chief Administrative Officer at EZLinks, a PGA-TOUR-affiliated technology company. In 2019 Andrew oversaw the sale of EZLinks to Comcast/NBC Sports, in a trailblazing deal yielding a significant return
for EZLinks investors.

Prior to joining EZLinks, Andrew held senior leadership positions at KemperSports, hospitality management firm, and KemperLesnik, a sports-focused PR and events agency. Andrew got his start in the sports/media business with the NBC Sports Group as Golf Channel’s VP of Business Development and Senior Counsel. While with NBC Sports, Andrew led over ten acquisitions and the business strategy that
resulted in the growth of GolfNow.com from an upstart commerce platform to one of the most successful digital businesses in all of sports. Andrew also played a key role in establishing Golf Channel as one of TV’s fastest-growing cable networks by negotiating talent agreements and rights deals.

Prior to his roles in the sports, media and technology space, Andrew was a litigator with Sidley Austin – working on cases as varied as artwork ownership disputes to serving as appellate counsel for an inmate on Alabama’s Death Row. Before law school, Andrew worked at The Institute for International Mediation
and Conflict Resolution in Washington, D.C., and for Alternatives – a leading community organization serving Chicago youth.

Andrew is a graduate of The University of Chicago Law School where he earned an “A” from Barack Obama, and Northwestern University where he earned degrees in Political Science and International Studies. He is an avid reader and golfer, and lives with his wife and three kids in Evanston, IL. 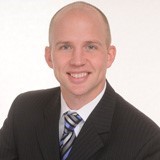